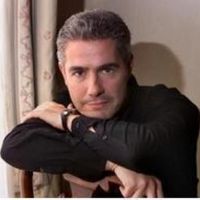 Chris Columbus, director and producer  -- “this is the most important film of the year.”

David Courier, Sundance senior programmer -- “If there was ever a film that needed to be on the big screen, this is it!”

Los Angeles Times -- "That the natural formations Balog photographs are, as he puts it, "insanely, ridiculously beautiful" certainly doesn't hurt Orlowski's film, as the staggering, otherworldly images from the genuine ends of the earth are things most of us will never see up close.[...]  “Chasing Ice” is a powerful look at glacier climate."

Denver Post   -- "The scale of the glaciers, and the almost hallucinogenic clarity of the images, make the resulting footage, based on three years’ shooting, most impressive. One piece of ice we see breaking off is said to be the size of lower Manhattan. Balog remarks that the ice masses he photographs are as individual as human faces, and what we see sometimes does resemble portraiture."

The Phoenix (Boston) -- "National Geographic photographer James Balog, acclaimed for his work on vanishing animal species, goes for even mightier concerns in this valiant documentary: to provide irrefutable visual evidence of the magnitude of man-made global warming. Chasing Ice takes Balog to the far north, where he plants 25 time-lapse cameras in the deep snow of Iceland and Greenland. And what he captures on camera is horrific and even tearful: mighty glaciers eroding, collapsing before our eyes, sending melting ice and waters southward."