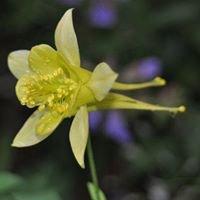 Bye, I Hope GD Fails and Encourage People to Quit the Platform

Kevin Delaney1
2019-04-16
52
0
I really hate the GD Clan battles.
GD does not deal random cards. Instead they deal some sort of scenario hands.
That means that people have a stupidly large number of bad beats.
The really big problem with GD is that it teaches people bad gaming technique. If you play on GD; then play for real money ... you will end up losing your shirt.
So, not only is GD a dishonest company. Their dishonesty hurts the people who use the platform.
I will sign off. I might come back for the Halloween tournaments ... but may  not.
GameDesire is a dishonest company. I hope the platform fails.

Kevin Delaney1
2017-10-28
473
0
For the last month, I've averaged winning fewer than 1 in eight hands...this is with an average of 4 people at the table. I've been as low as one in ten hands.
I was playing a lot hoping to break through this stupid penalty that GD put on my account before the Halloween tournament.
Speaking of which, where is the Halloween tournament? It's the 27th! There should be a Halloween Tournament tab. My guess is the GD programmers don't have the where with all to run a tourney this year.

Playing on a dishonest platform is no fun

Kevin Delaney1
2017-10-25
640
0
I had a straight flush and a guy had a straight flush immediately after  ... that doesn't happen in the real world.
GD appears to have some sort of handicap algorithm. If a person with a high handicap plays a person with a low handicap then hands get really bizarre.
Anyway today's drama is that I played 100 hands and only won 7 of the 100 hands. There was an average of four people at the table.
Even when I had a high probability hand, I would lose.
GD flashes probability scores while playing. A good way to prove that GD is a dishonest company that deals dishonest hands is to compare one's results against those probabilities during all in scenarios. If GD was an honest company, then the percentage of wins would be somewhat related to probability.
We live in a world that is ruled by probability. The only times when probabilities really are off is when a company like GAMEDESIRE is being dishonest.
The solution to this problem ... of course ... is to deal honest hands. It is easier to deal honest hands and the game is more fun when the hands are honest.

I Should Stop Playing These Tournaments

Kevin Delaney1
2017-09-23
1277
2
I really need to stop playing the GD Tournaments.
The cards are obviously rigged, and it is stupid to waste time playing on a dishonest platform.
GD is obviously bleeding customers. I was really hoping that they would use their upgrade to start dealing random cards instead of these bogus simulated hands, but I doubt GD would ever listen to its costumers.

The New Interface Simply Freezes in the Middle of a Tournament

Kevin Delaney1
2017-08-30
1174
0
Once again, the new interface simply froze in the tournament. There should be a way to reconnect to the server when in the middle of a tournament.