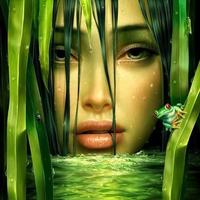 Rejestracja: 2005-09-07
A woman has to live her life, or live to regret not having lived it...
Punkty174Więcej
Następny poziom:
Ilość potrzebnych punktów: 26
Ostatnia gra Something to think about.

A lesson that should be taught in all schools ... And colleges.

Back in September of 2005, on the first day of school, Martha Cothren, a social studies school teacher at Robinson High School in Little Rock , did something not to be forgotten. On the first day of school, with the permission of the school superintendent, the principal and the building supervisor, she removed all of the desks out of her classroom.

When the first period kids entered the room they discovered that there were no desks.

She replied, 'You can't have a desk until you tell me how you earn the right to sit at a desk.'

They thought, 'Well, maybe it's our grades.'

'Maybe it's our behavior.'

She t old them, 'No, it's not even your behavior.'

And so, they came and went, the first period, second period, third period. Still no desks in the classroom.

By early afternoon television news crews had started gathering in Ms.Cothren's classroom to report about this crazy teacher who had taken all the desks out of her room.

The final period of the day came and as the puzzled students found seats on the floor of the deskless classroom, Martha Cothren said, 'Throughout the day no one has been able to tell me just what he/she has done to earn the right to sit at the desks that are ordinarily found in this classroom. Now I am going to tell you.'

At this point, Martha Cothren went over to the door of her classroom and opened it.

Twenty-seven (27) U.S. Veterans, all in uniforms, walked into that classroom, each one carrying a school desk. The Vets began placing the school desks in rows, and then they would walk over and stand alongside the wall. By the time the last soldier had set the final desk in place those kids started to understand, perhaps for the first time in their lives, just how the right to sit at those desks had been earned...

Martha said, 'You didn't earn the right to sit at these desks. These heroes did it for you. They placed the desks here for you. Now, it's up to you to sit in them. It is your responsibility to learn, to be good students, to be good citizens. They paid the price so that you could have the freedom to get an education. Don't ever forget it.'

By the way, this is a true story.

Please consider sharing this so others won't forget that the freedoms we have in this great country were earned by U. S. Veterans.

At times nature can be cruel, but there is also a raw beauty, and even a certain justice manifested within that cruelty.

The alligator, one of the oldest and ultimate predators, normally considered the "apex predator", can still fall victim to implemented 'team work' strategy, made possible due to the tight knit social structure and "survival of the pack mentality" bred into the canines.

See the remarkable photograph below courtesy of Nature Magazine. Note that the Alpha dog has a muzzle hold on the gator preventing it from breathing, while another dog has a hold on the tail to keep it from thrashing. The third dog attacks the soft underbelly of the gator.


Not for the squeamish!

I took his vital signs and had him take a seat, knowing it would be over an hour before someone would be able to see him.

I saw him looking at his watch, and decided, since I was not busy with another patient, I would evaluate his wound.

On examination, it was well healed, so I talked to one of the doctors, got the needed supplies to remove his sutures and redress his wound.

While taking care of his wound, I asked him if he had another doctor’s appointment that morning, as he was in such a hurry.

The gentleman told me no, but he needed to go to the nursing home to eat breakfast with his wife.

I inquired about her health; he told me that she had been there for a while and that she was a victim of Alzheimer’s Disease.

As we talked, I asked if she would be upset if he was a bit late.

He replied that she no longer knew who he was, that she had not recognized him in five years now.

I was surprised, and asked him, “And you still go every morning, even though she doesn’t know who you are?”

He smiled as he patted my hand and said, ”She doesn’t know me, but I still know who she is.”

I had to hold back tears as he left. I had goose bumps on my arms and thought, “That is the kind of love I want in my life.”

True love is neither physical nor romantic.

True love is an acceptance of all that is, has been, will be, and will not be.